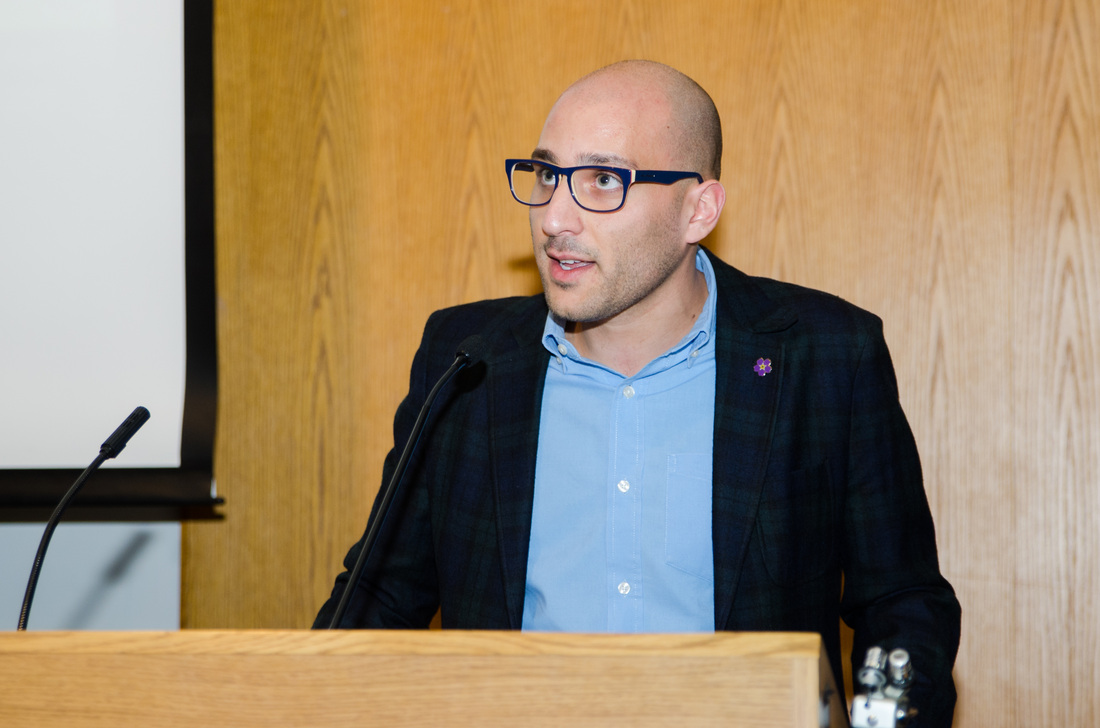 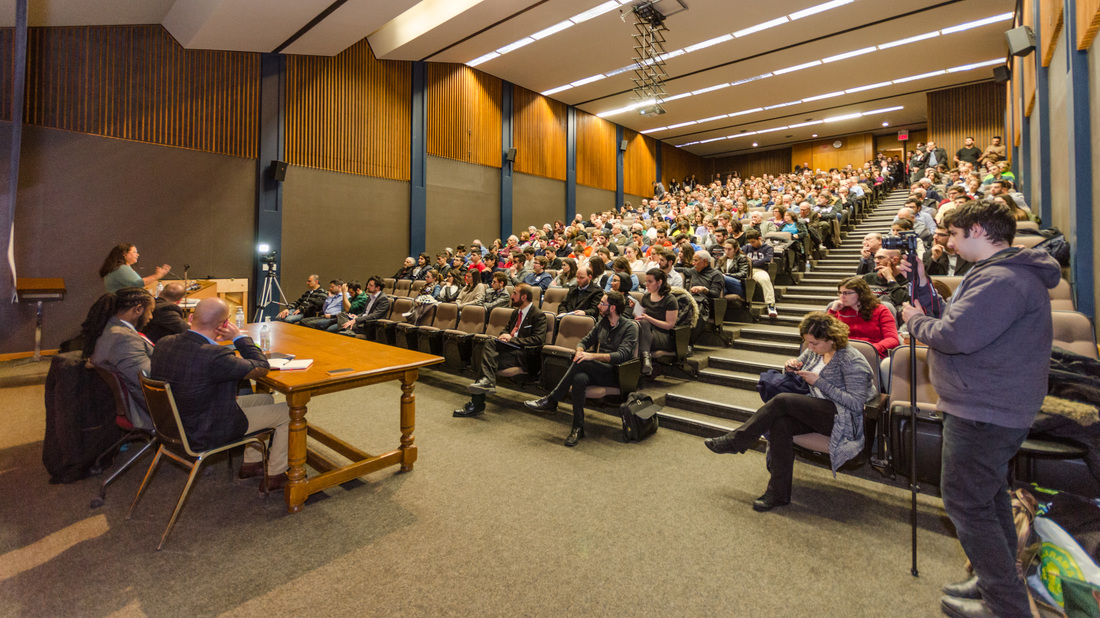 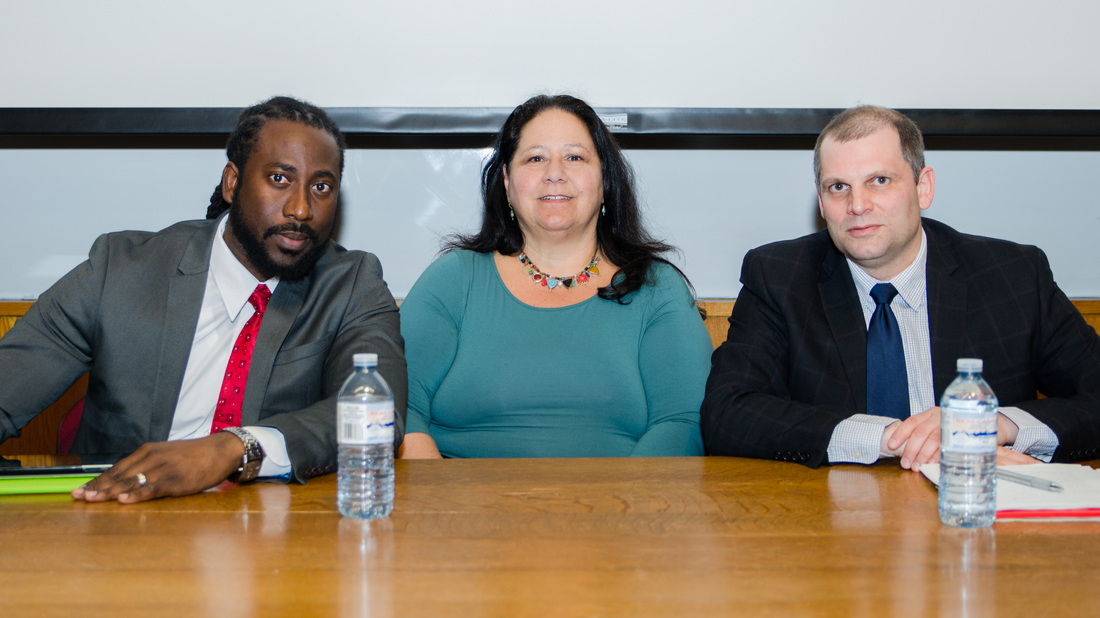 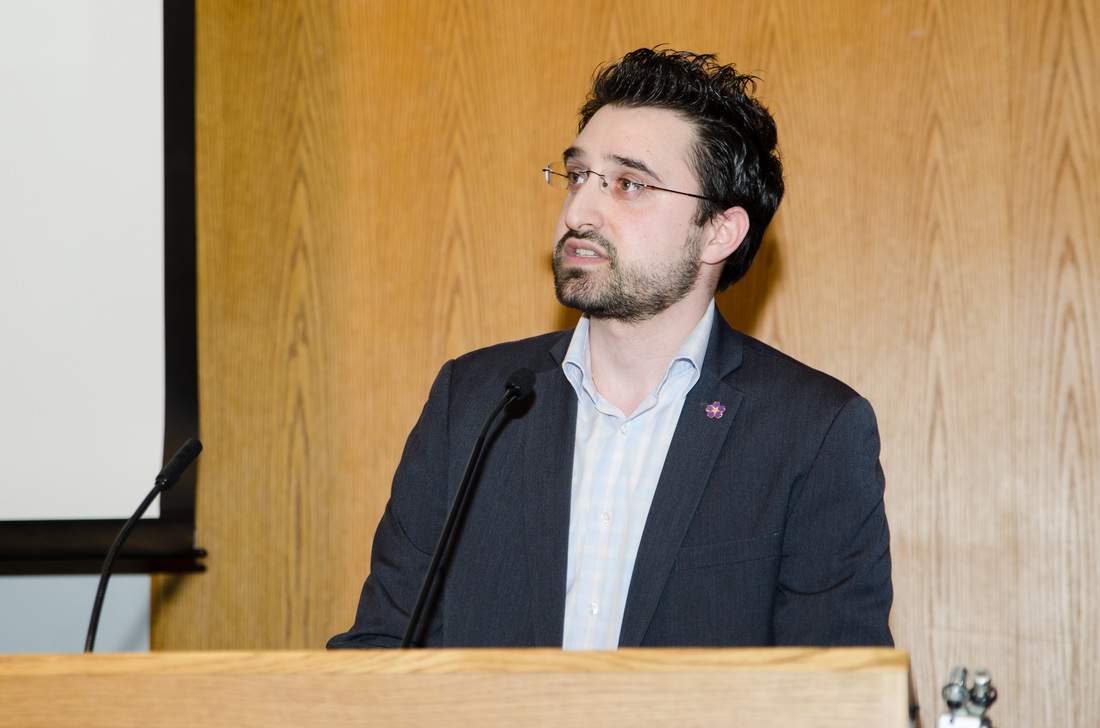 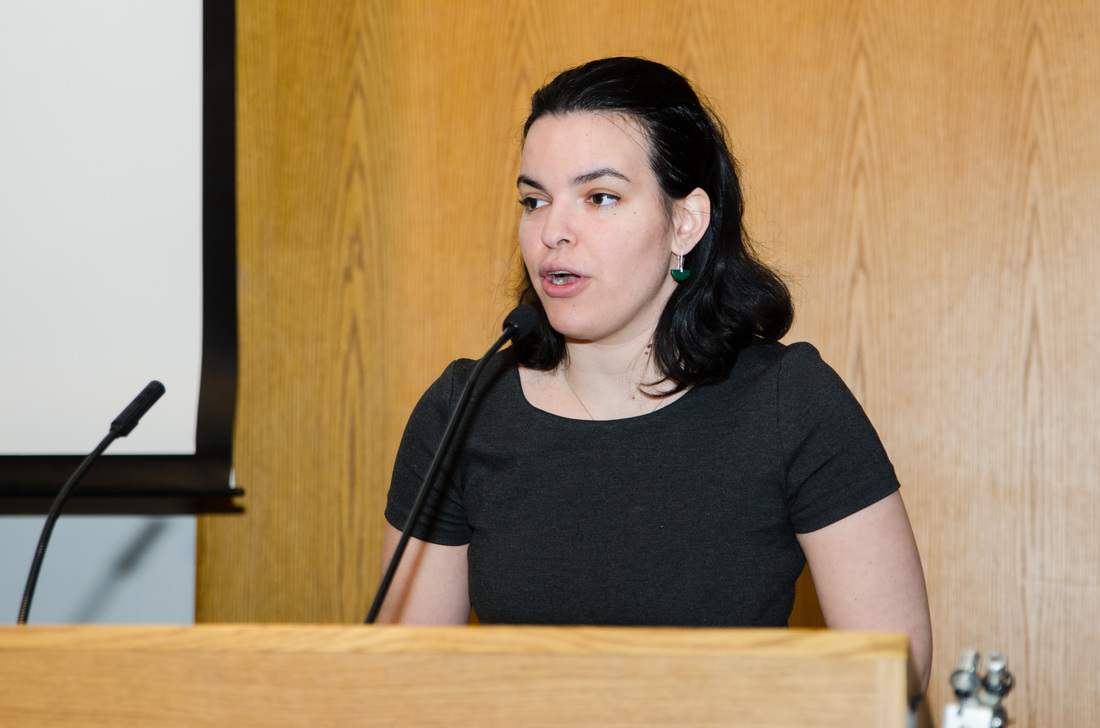 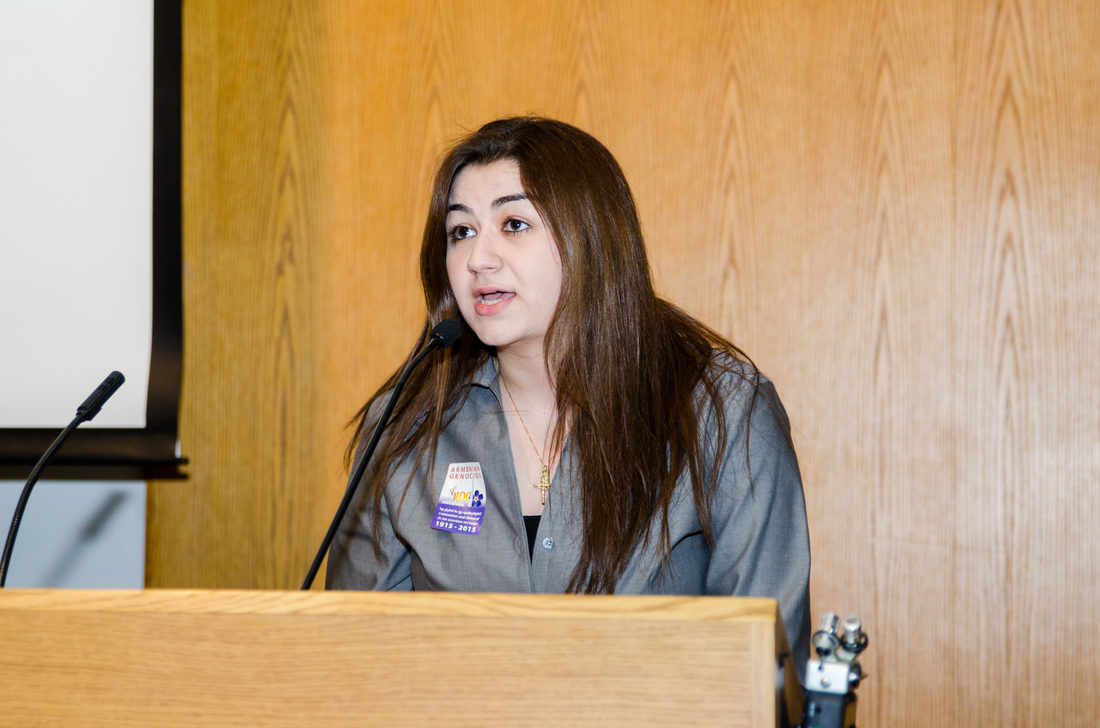 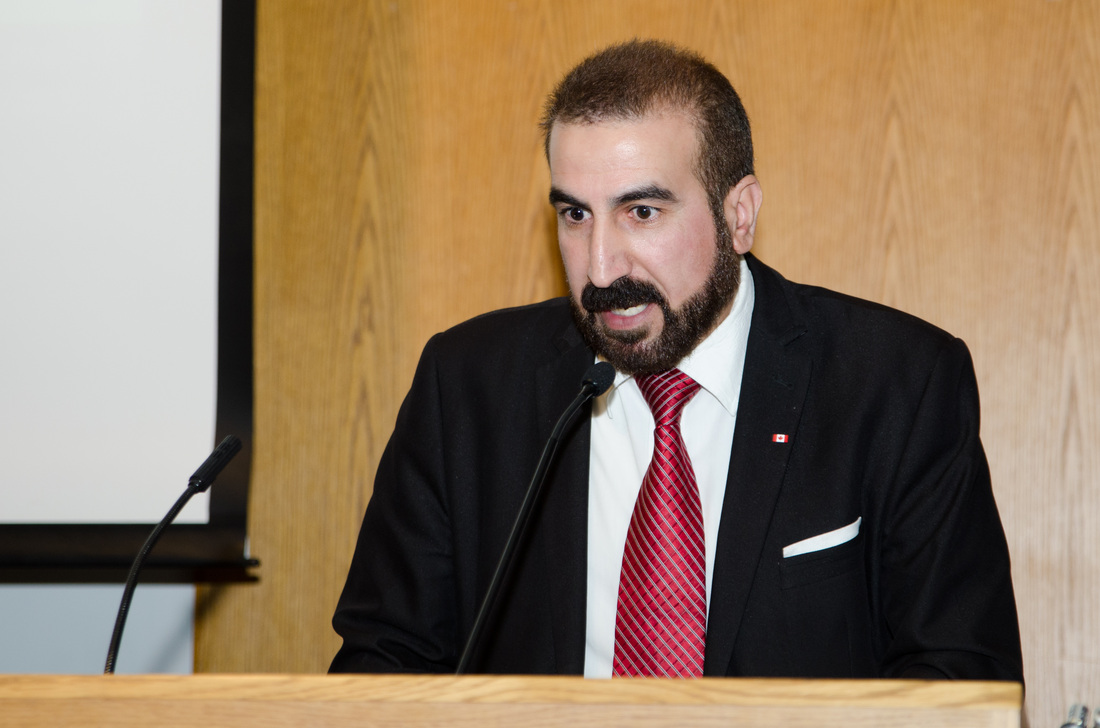 On the evening of March 20, 2015, the colloquium titled “Conference on Genocide: Prevention to Justice” took place at the University of Toronto, St. George campus, with over 400 in attendance.

The conference was organized by the Armenian Genocide Centennial Committee of Canada, hosted by the Armenian Students’ Associations of the University of Toronto St. George and Scarborough Campuses and sponsored by the Sara Corning Centre for Genocide Education, the Osgoode International Law Society, Hillel of Greater Toronto, STAND, the Assyrian Chaldean Syriac Student Union, the Sarah and Chaim Neuberger Holocaust Education Centre, Armen Karo Student Association and the Armenian Youth Federation of Canada.

Rosalie Minassian, Chair of the Armenian Students’ Association Scarborough Campus, welcomed guests and introduced conference moderator Rupen Janbazian. “Tonight’s conference is titled ‘Prevention to Justice’ for the sole reason that one is not possible without the other,” explained Janbazian, adding that “in order for future genocides not to occur, it is vital for real justice to prevail.” After his welcoming remarks, Janbazian introduced Tanya Mordkovich of Hillel of Greater Toronto, Sheikh Mirza Ismail of the Yezidi Human Rights Organization-International and Raffi Sarkissian of the Sara Corning Centre for Genocide Education to share their perspectives on how genocide has impacted their lives. The three testimonies carried common themes of loss and survival and underscored the necessity of justice for crimes of the past to prevent their re-occurrence in the future.

The lecturers utilized a comparative approach when discussing the Armenian Genocide by regularly referring to other genocides, such as those of the Jews, Tutsis, Native Canadians and Americans, Bosnians and Darfuris, when discussing the topic of justice and reparation. It was clear from their examples that there are many common themes among all genocides.

Göçek, from the University of Michigan, presented her lecture titled “Denial of Violence: Ottoman Past, Turkish Present and the Collective Violence against the Armenians, 1789-2009.” She provided a historical background of the Armenian Genocide from the late eighteenth century onward. Her extensive research into perpetrator testimonies allowed her to provide an insightful analysis of the moral and psychological conditioning of the Turkish population.

She dedicated a portion of her talk to the effects of genocide denial on perpetrators. “When a perpetrators gets away with a violent crime, the violence becomes normalized; they lose their moral compass and cannot trust humanity,” said Göçek, adding that “the consequences are with us through the generations.”

Theriault made it clear that recognition of and reparations for genocides are vital for ending the crime once and for all. He pointed out that the victims of the crime are “assuaged and demeaned” every day that justice is not done. He also highlighted the importance and complexity of the issue of reparations: “Harms of the Armenian Genocide are very much present today. They affected the Armenian demographic: assimilation into Muslim families, birth rates, malnutrition, loss of religious and cultural values, lost properties, land, businesses and properties. This mass theft was the basis of the economy of the 1923 Republic.”

McCalpin, from the University of the West Indies and also a member of the AGRSG, presented a lecture titled “Reparations and Genocides.” His talk explored characteristics common to many genocides to highlight the importance of proactive action. He stressed that he did not view denial as the last stage of genocide, as is commonly stated. Rather, he explained that it is important to understand that genocide is a cycle and that denial is the fuel that allows mass atrocities to occur. He concluded by outlining the steps that perpetrators must take to reconcile with their victims and move forward from past crimes.

Attendees were given the opportunity to direct their questions to the lecturers after their presentations.

All three lecturers concluded that the issue of justice and reparations should not be looked at within the context of only a single group. Instead, global-scale reparations covering the past 500 years must be examined to help right the wrongs of history and prevent their re-occurrence in the future. It was pointed out that the collaboration of various ethnic groups is vital in order to move towards a global justice and prevention movement.