July 1, 2017, marks Canada’s 150th birthday and the 94th anniversary of the arrival of the first 46 Armenian genocide orphans at Georgetown, Ontario. A group of 50 were collected from the London, UK-based Armenian Refugees (Lord Mayor’s) Fund Orphanage in Corfu, Greece, and traveled via Marseilles to Cherbourg, France. Four were held back for several weeks, with the rest continuing on to Quebec City. Taking a train through Quebec and Ontario, they finally arrived at Georgetown on what was then called Dominion Day. The project was a milestone in the history of a country that has prided itself for its humanitarian record.

Over 180 students and teachers from four schools in three school boards attended the Corning Centre’s 2017 Ontario student conference titled Armenian Genocide: A Just Resolution. The event was held during Genocide Remembrance, Condemnation and Prevention Month and on the official remembrance day of the Armenian Genocide, Monday, April 24, 2017.

Students had the opportunity to hear from our keynote speaker, Dr. Henry C. Theriault, professor and chair of the philosophy department at Worcester Sate University in Massachusetts.  Theriault’s expertise is in genocide and human rights studies, and he is the chair of the Armenian Genocide Reparations Study Group. The study group published their report, titled Resolution with Justice: Reparations for the Armenian Genocide, in 2015.

In his address, Prof. Theriault focused on the five components of justice (recognition, responsibility, reparations, rehabilitation and reconstitution) and provided a wide range of examples from various cases of genocides and other atrocities. This allowed students to secure a firm understanding of what justice entails, and it prepared them for the workshops that followed.

The workshops focused on each of these five components and were developed by Corning Centre teachers. Grade 11 and 12 students had the opportunity to engage with a variety of documents, which included information on private, institutional and national reparations, legal and educational barriers to social transformation in Turkey, and the 1919 Turkish Military Tribunals. In groups, their shared their understanding of these documents and discussed their significance.

Grade 10 students participated in a presentation on Canada and the Armenian Genocide, and they had an opportunity to view the Corning Centre’s exhibits on the Georgetown Armenian Boys and Canadian upstanders in the Ottoman Empire. We were fortunate to have on display sculptor Taline Iskedjian’s unique piece Journey of Hope, which is dedicated to the centennial of the genocide and represents the past and the future of the Armenian people.

After reconvening in the auditorium, several students had an opportunity to share their thoughts on the day.  Inspired by the conference, they shared powerful messages about the need to defend human rights and to prevent future genocides. They also had the opportunity to ask Prof. Theriault questions about the content they had worked on during their respective workshops.

Inspired by the recent film The Promise (2016) and the role it plays in educating about the Armenian Genocide as well as its wider humanitarian and philanthropic work, students posted their own promises under the hashtag #keepthepromise.

After the concluding remarks, conference attendees laid carnations at the nearby Revival monument by sculptor Arto Tchakmaktchian.

On this occasion, Corning Centre founder and chair Raffi Sarkissian stated, “Through this conference, our centre’s goal was to highlight for students the roles justice plays in securing positive futures for victim groups and preventing new atrocities internationally. Moreover, we wanted the students to reflect on their responsibilities as Canadian citizens to become moral agents and to become empowered to defend collective rights.” 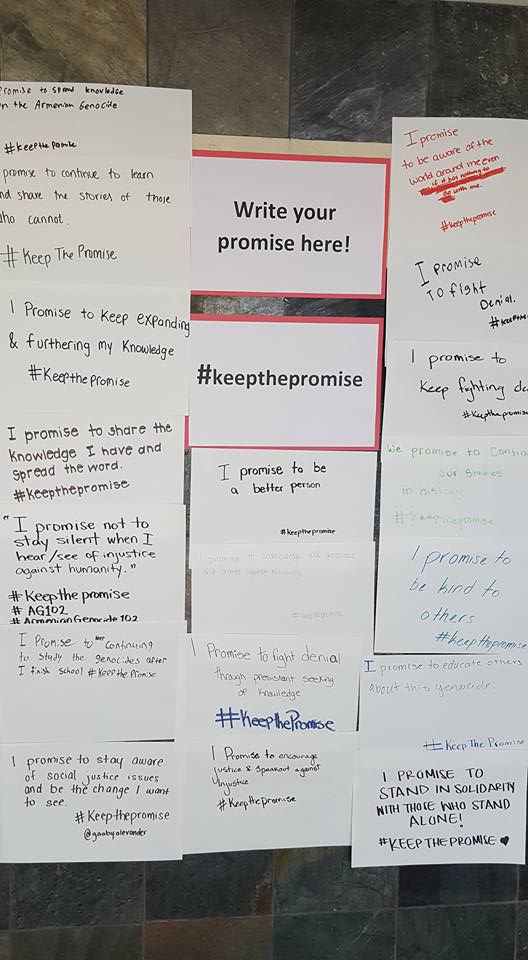 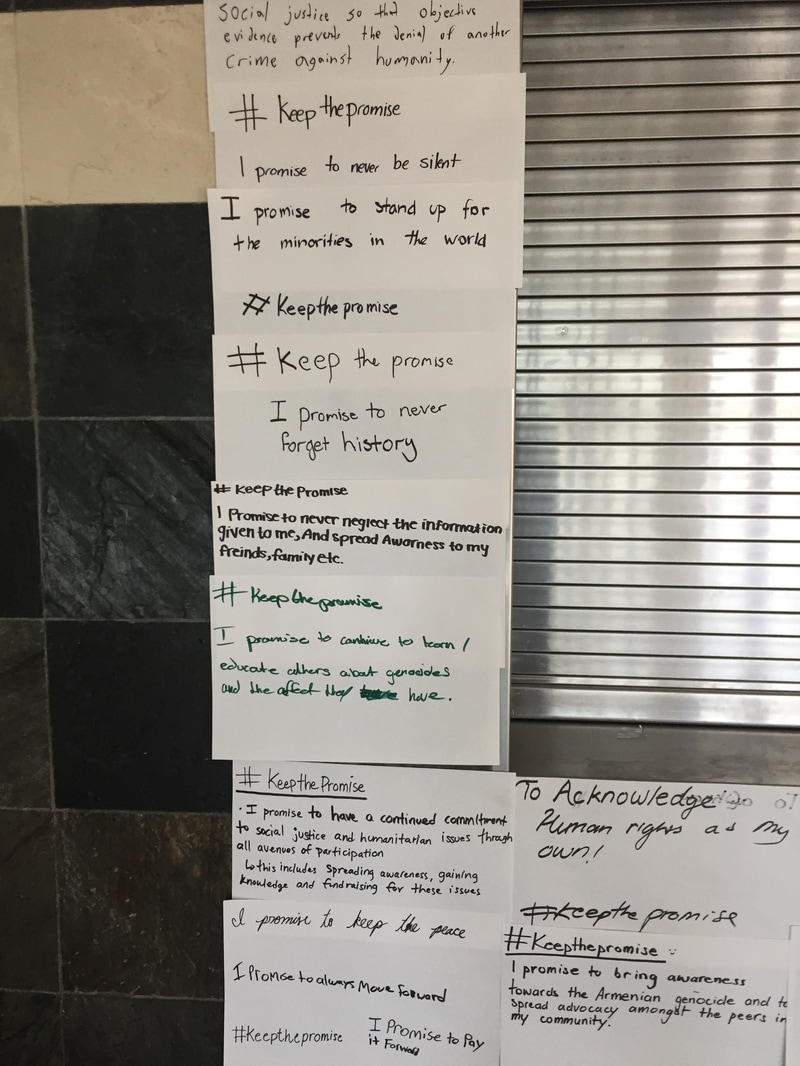 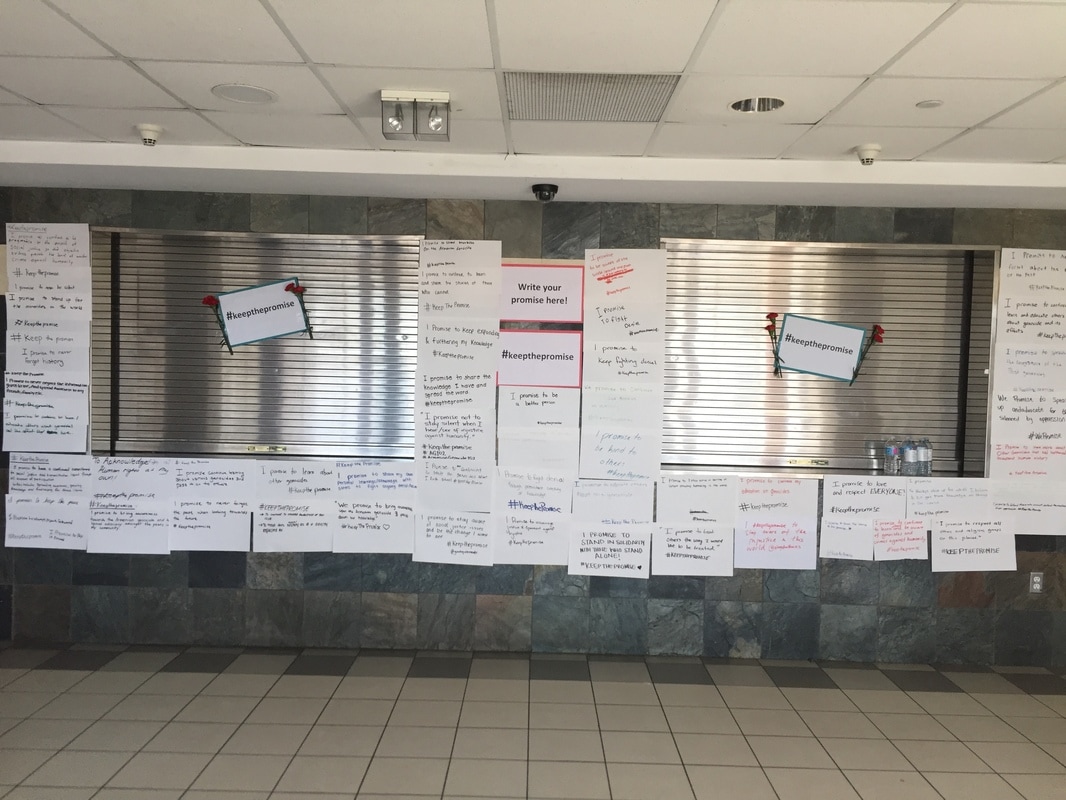 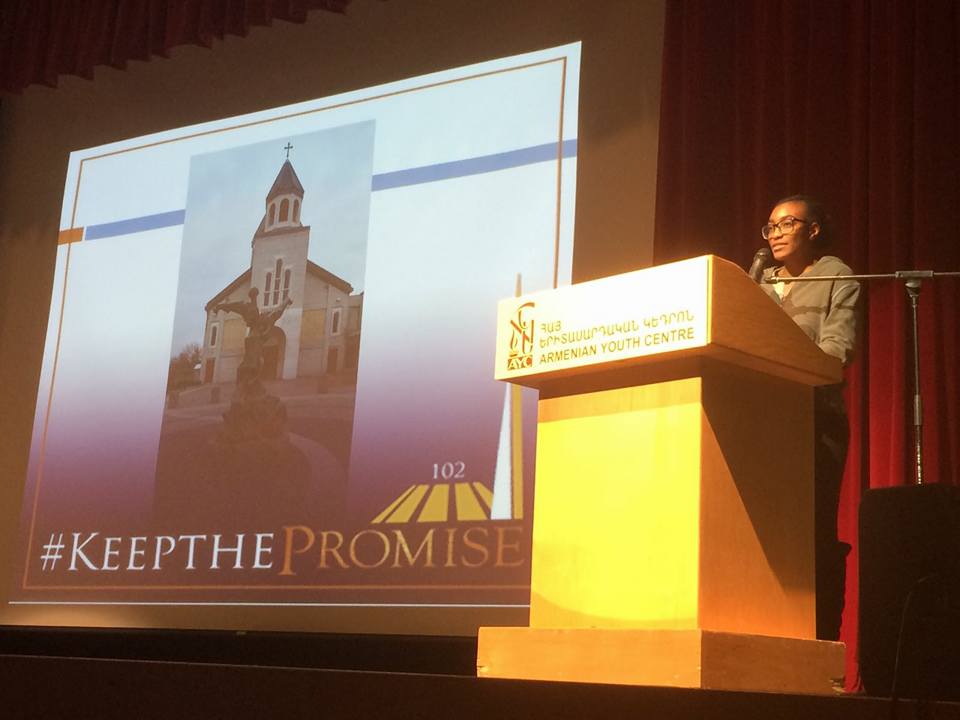 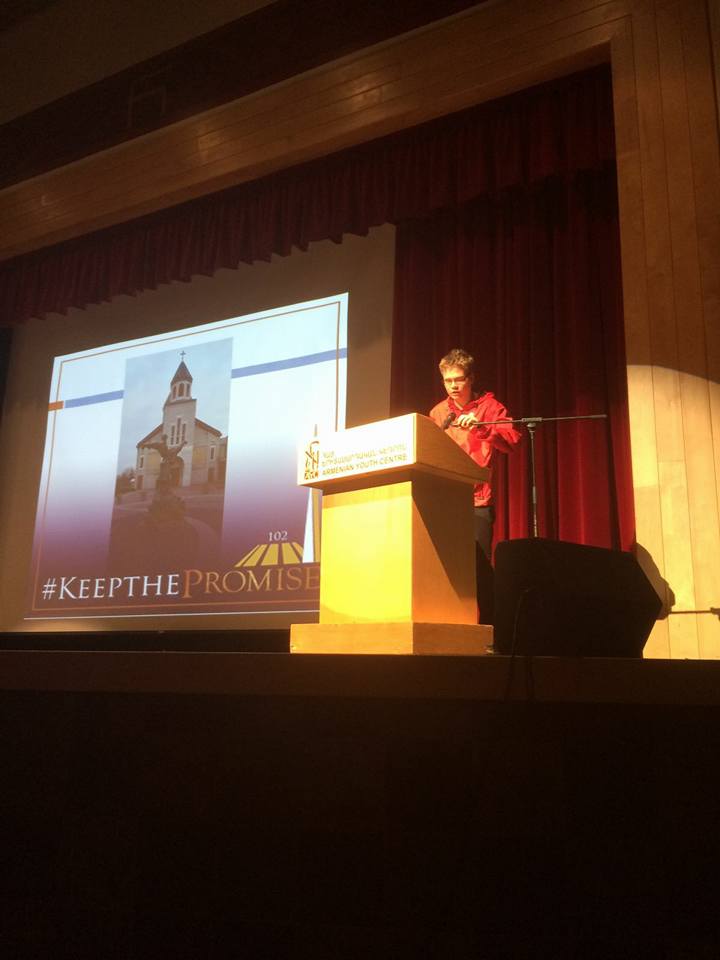 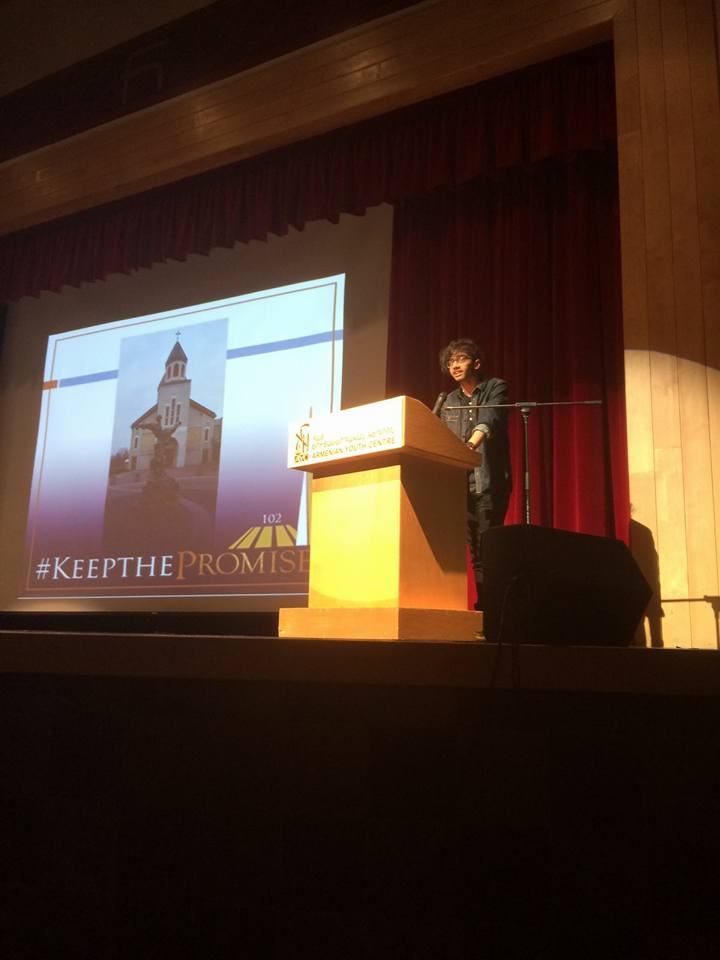 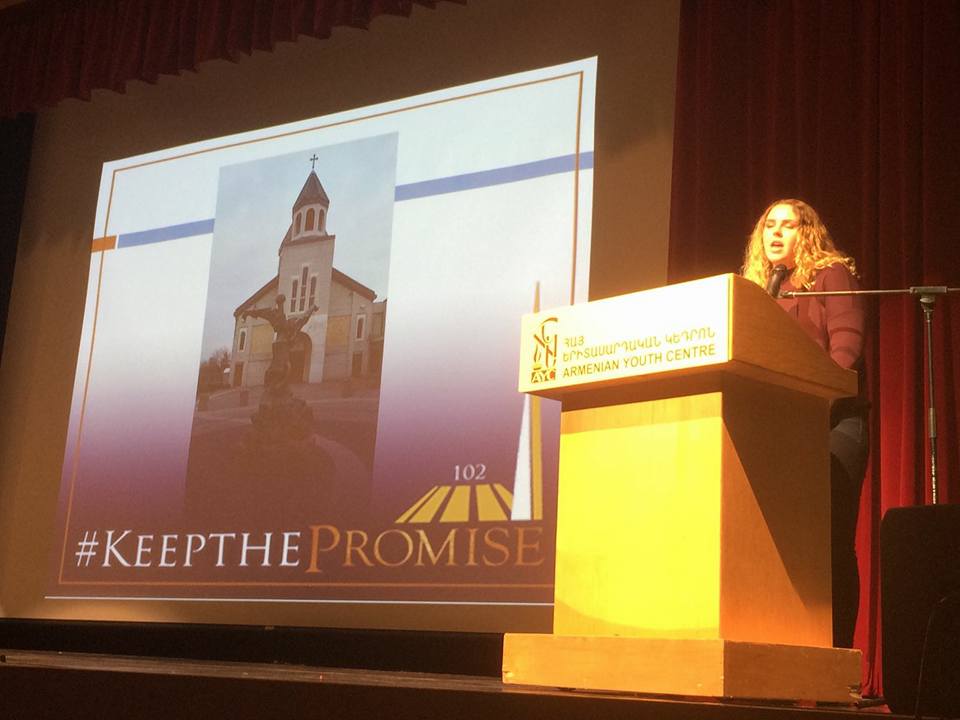 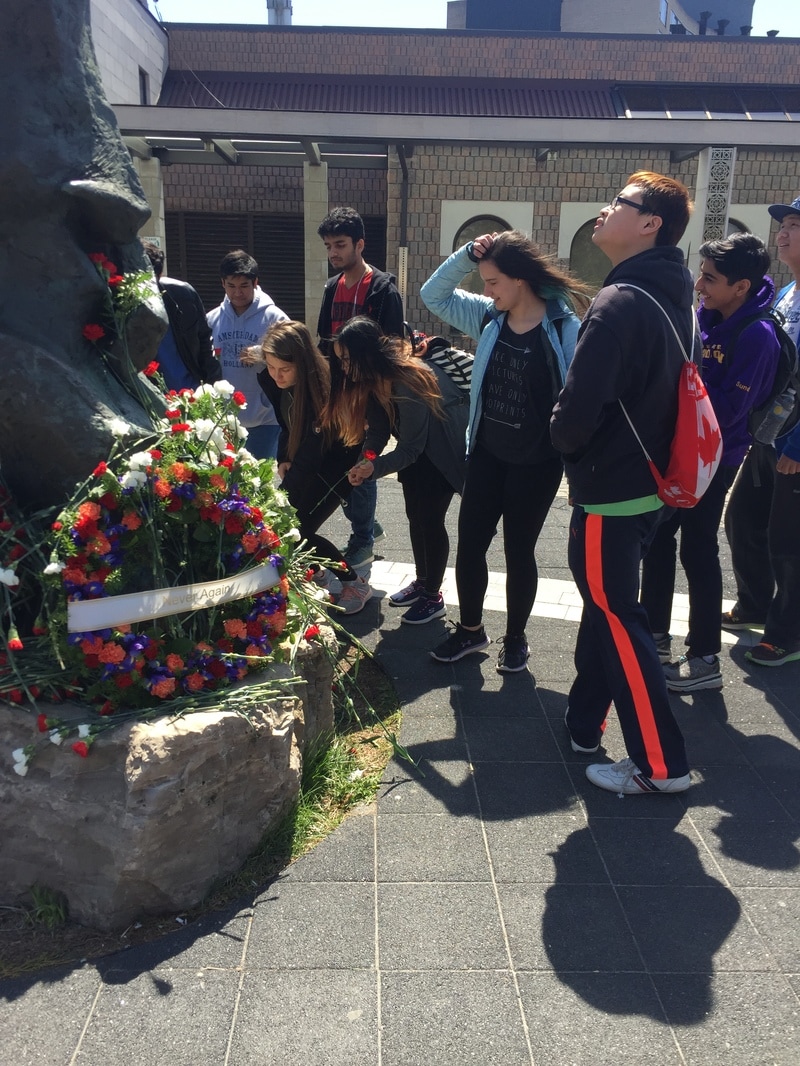 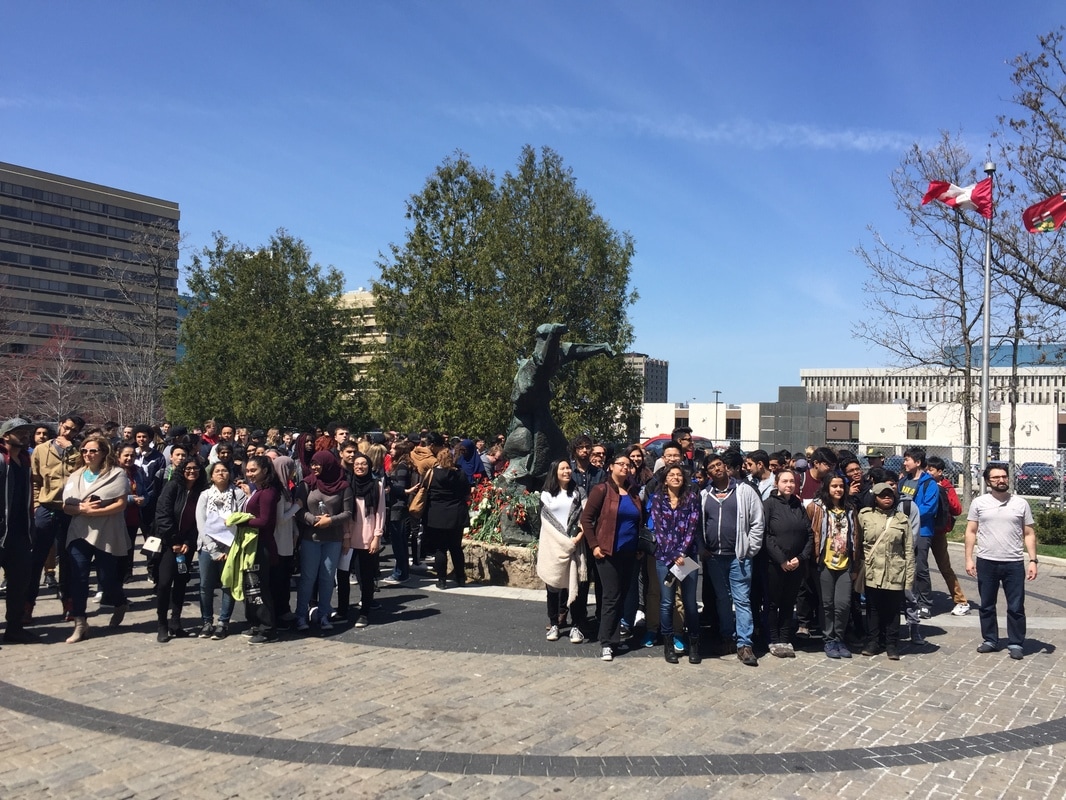 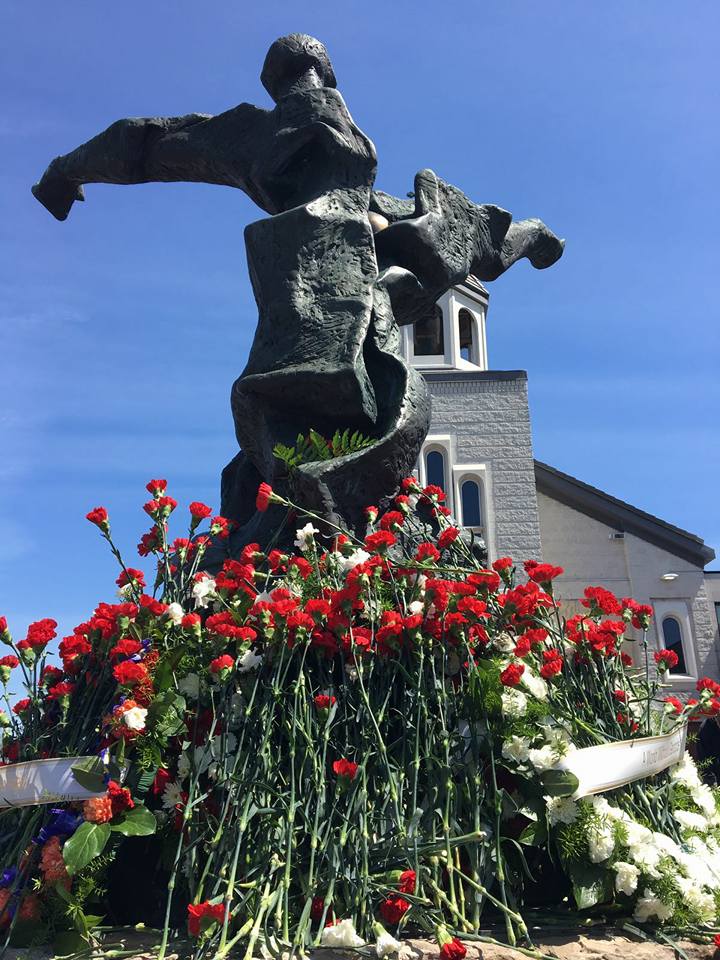 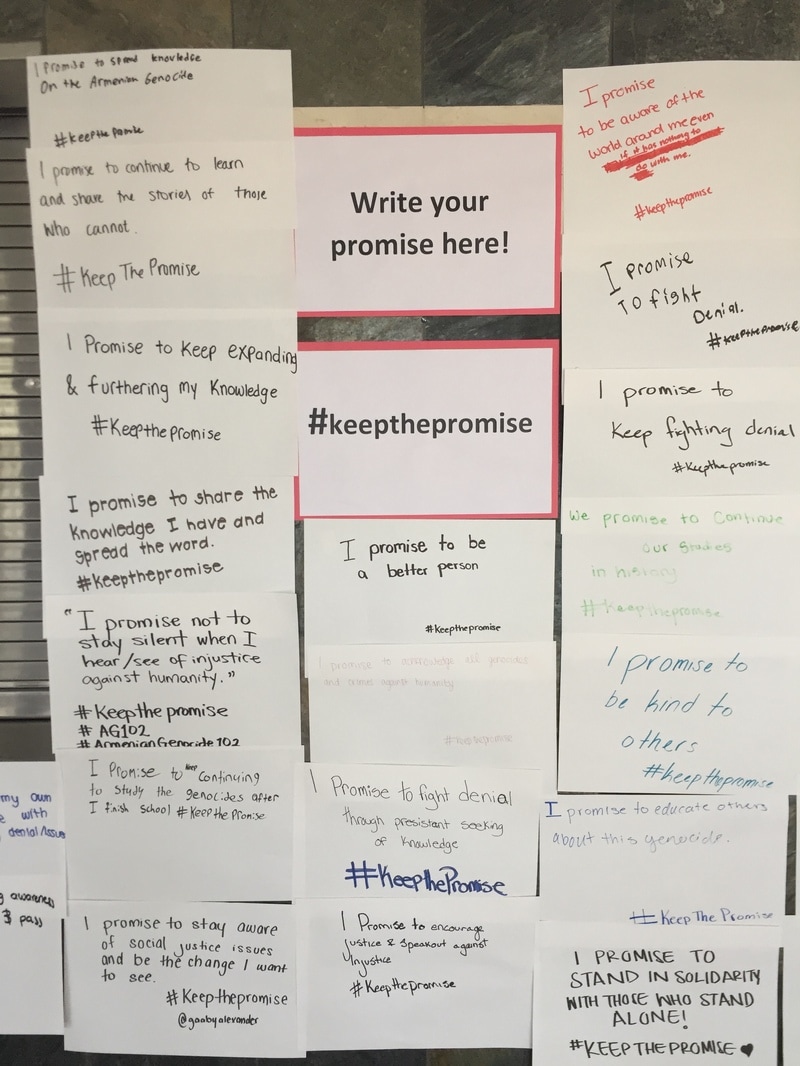 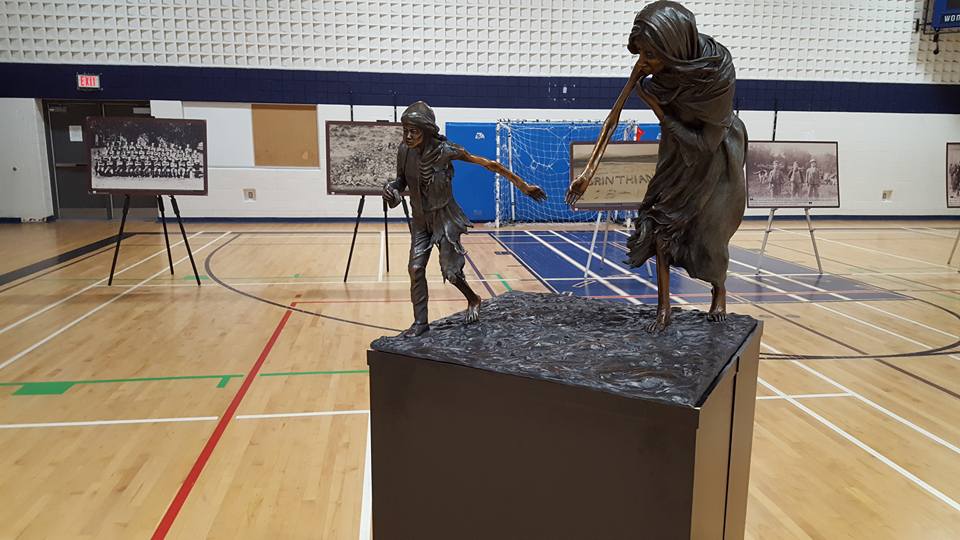 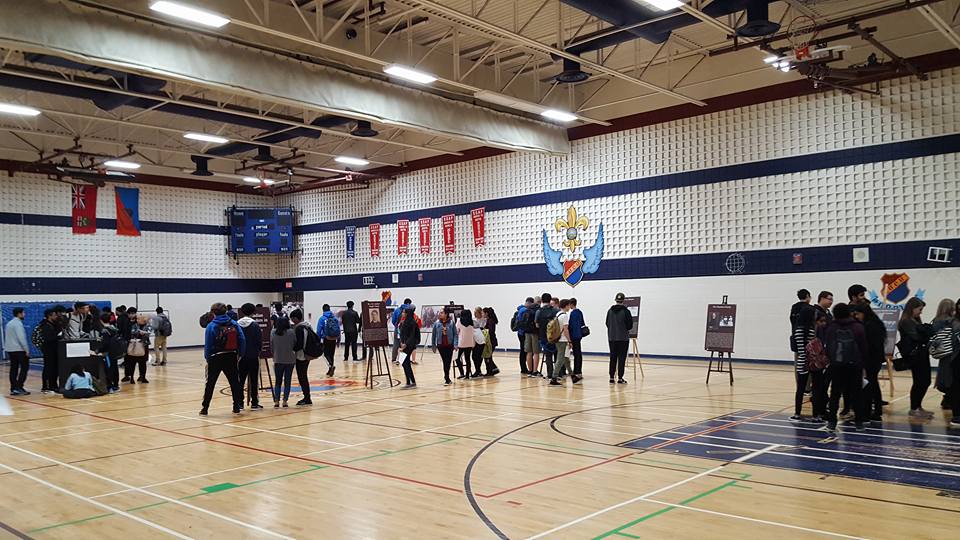 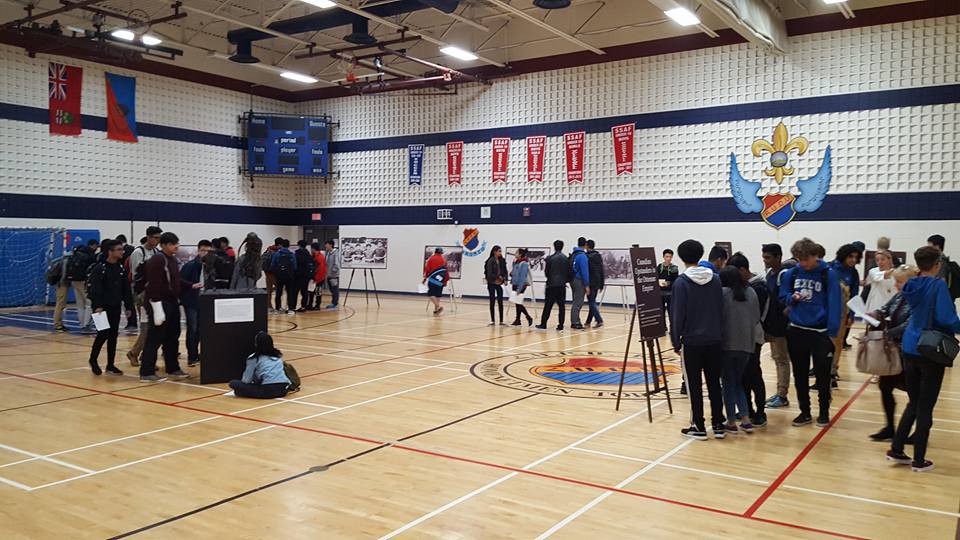 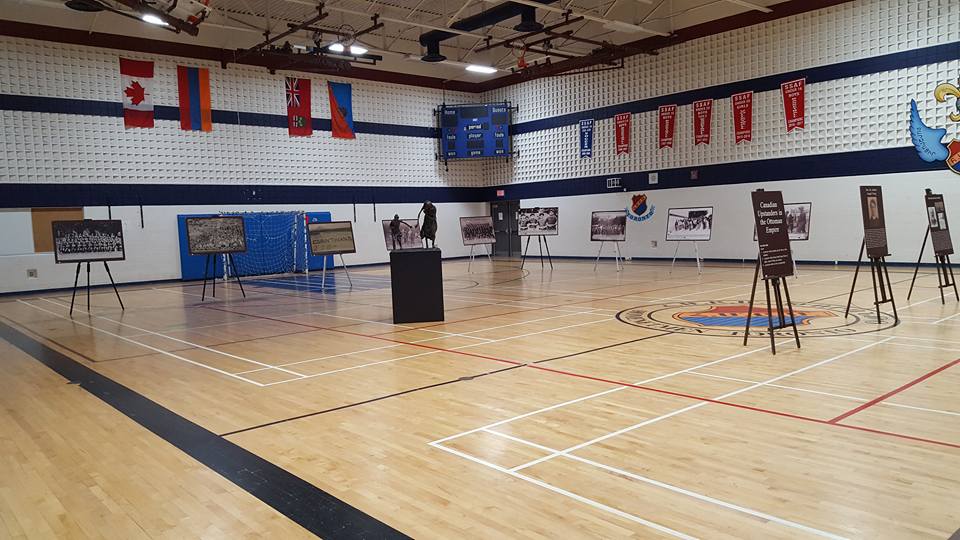 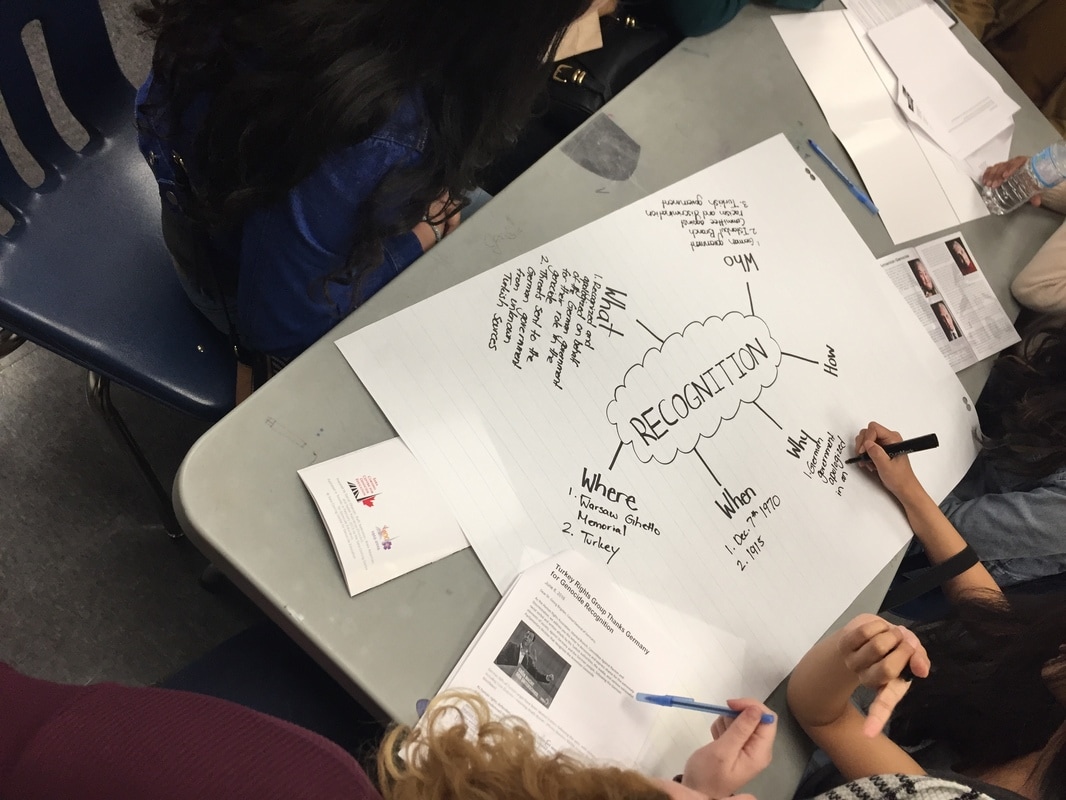 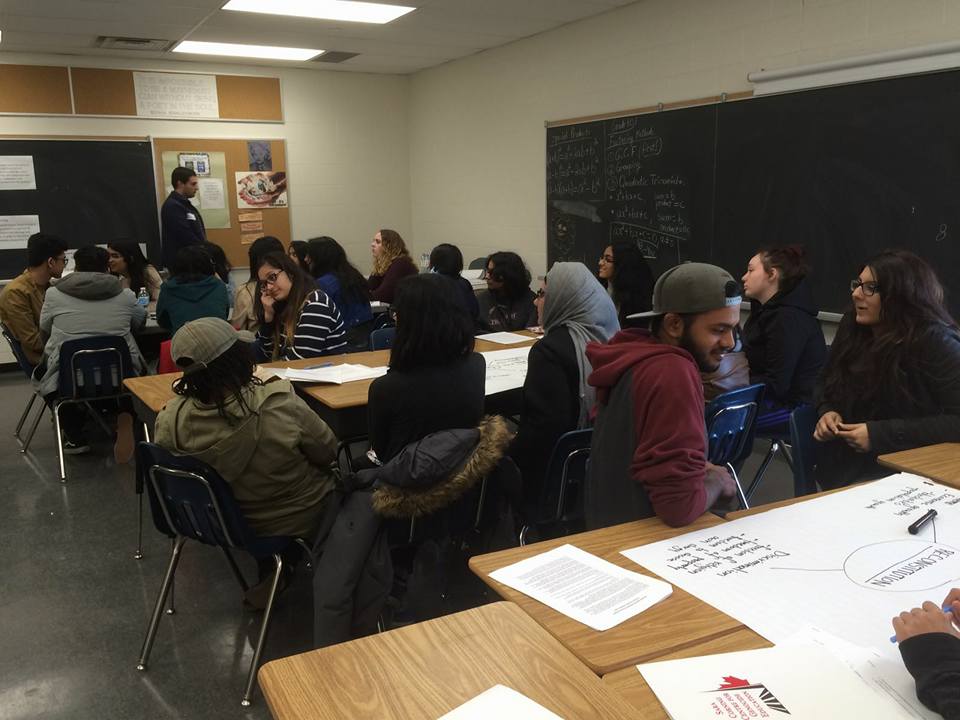 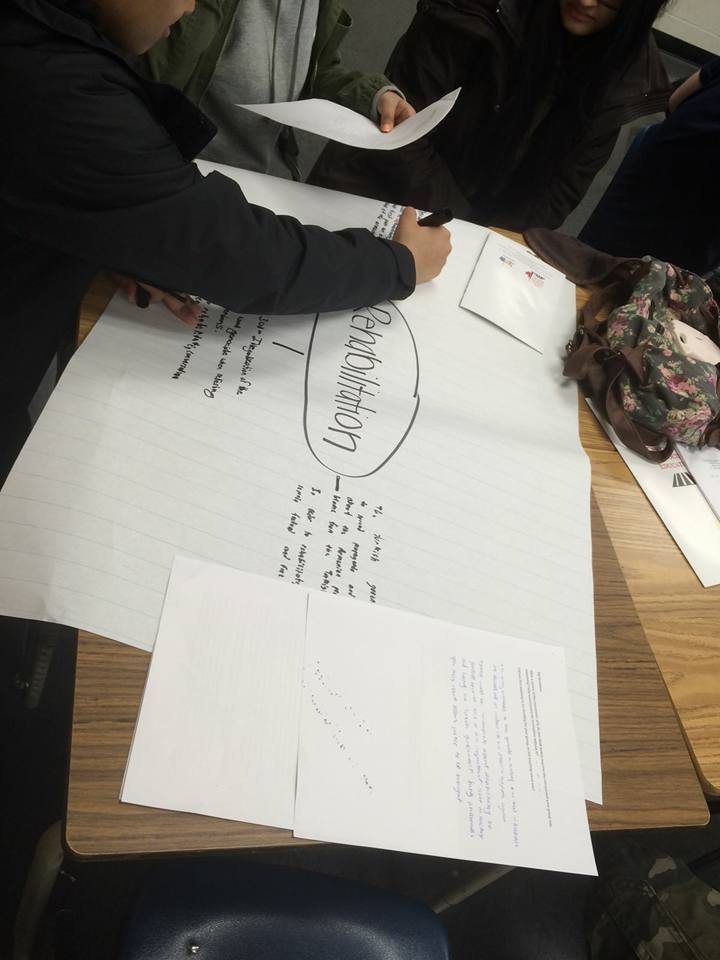 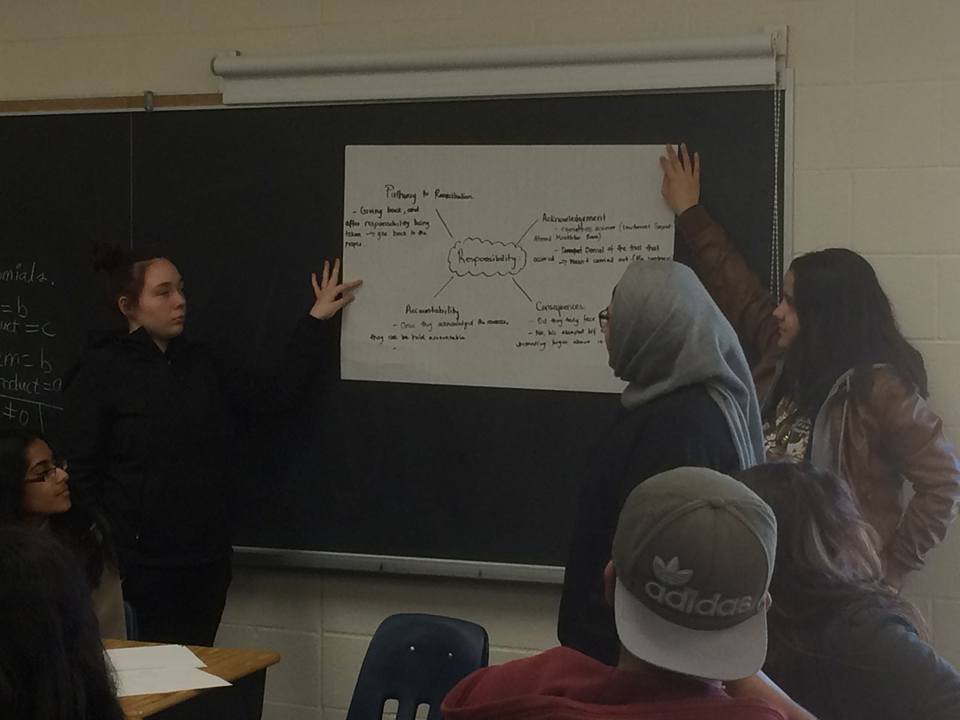 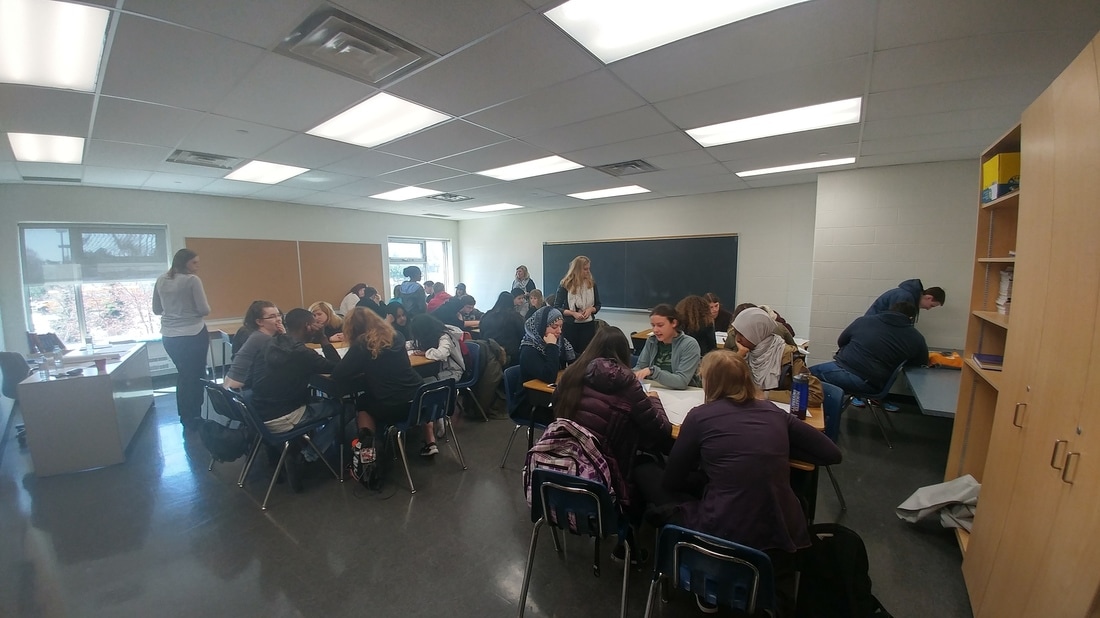 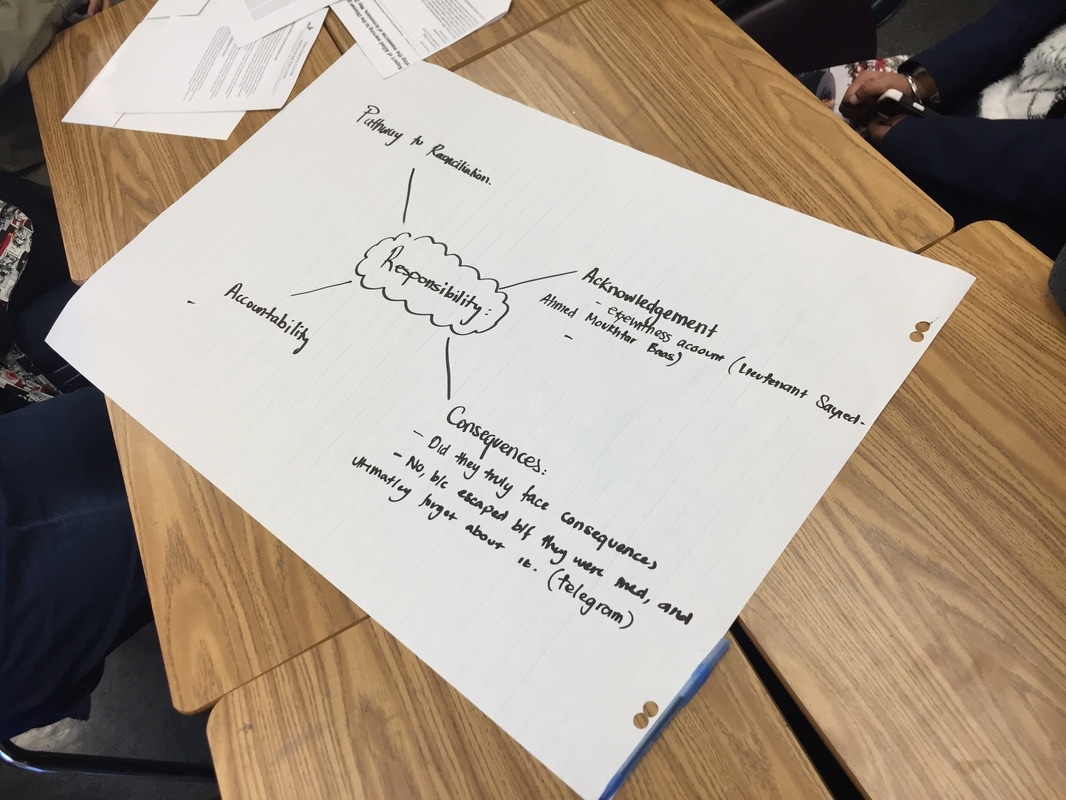 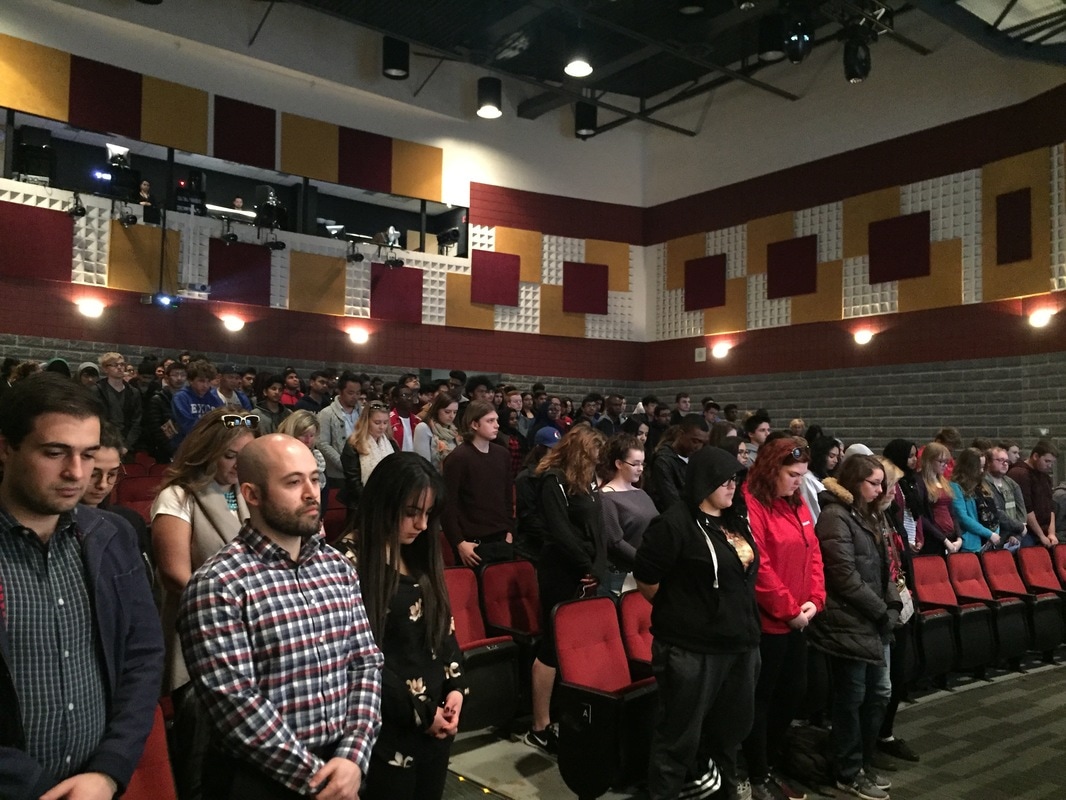 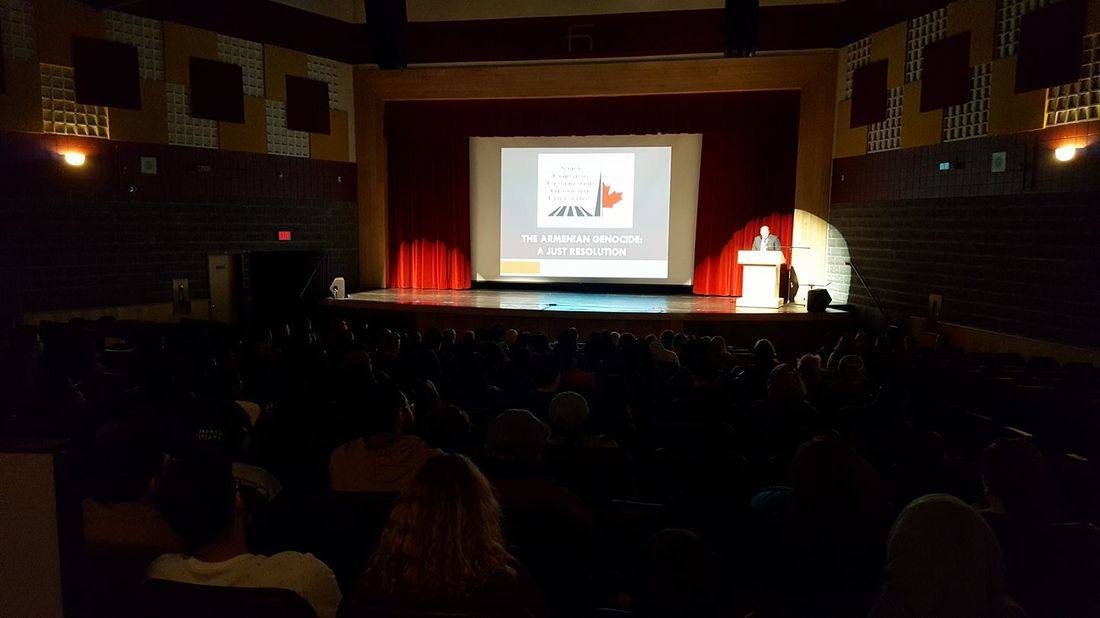 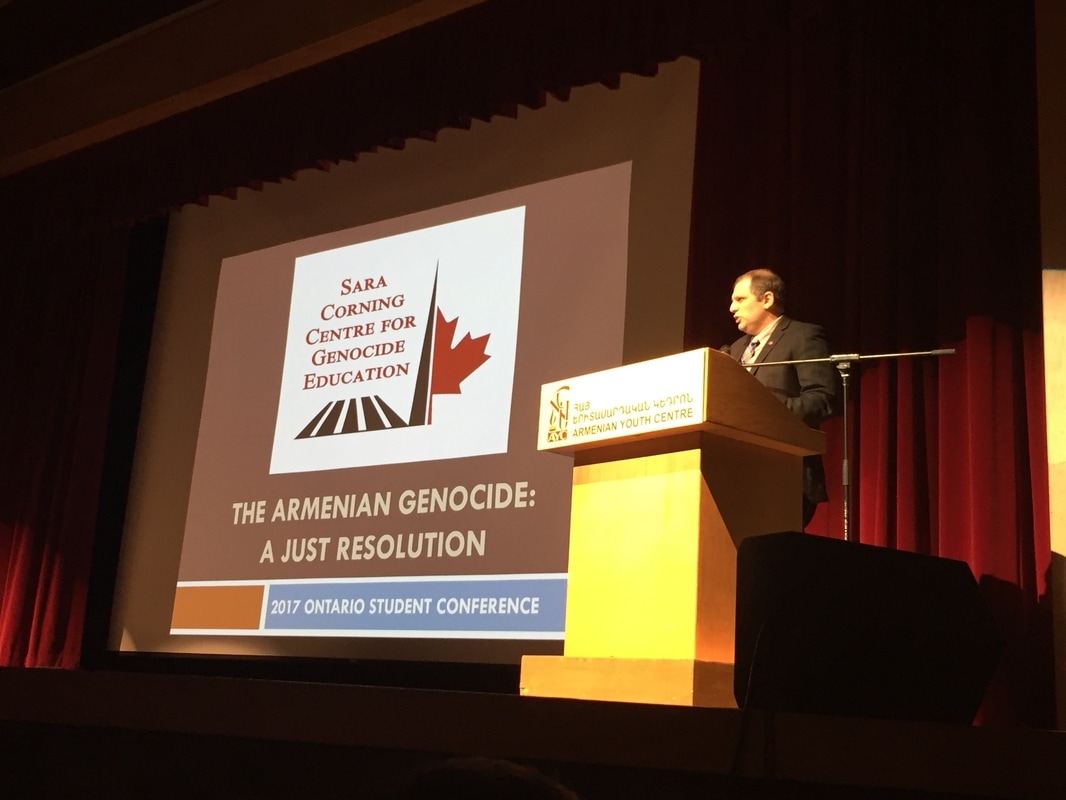